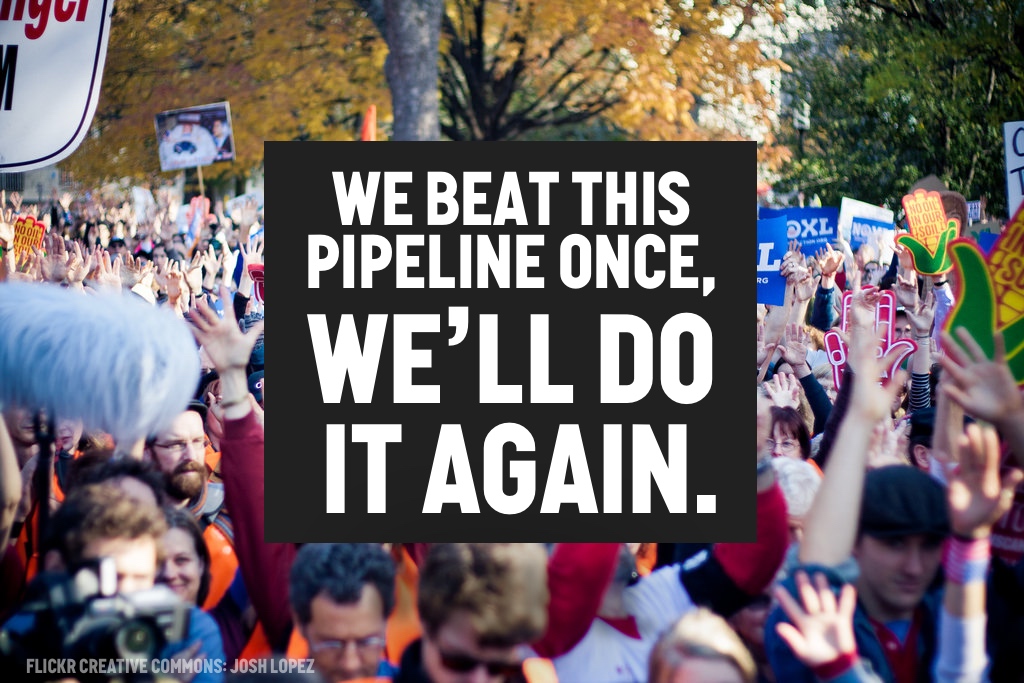 TransCanada has submitted a new application for a permit to build the Keystone XL pipeline with the Nebraska Public Service Commission (PSC). The PSC is now taking public comments related to their application, but the comment period ends on Friday.

We’ve written a sample letter, but feel free to add your own reasons why you’re opposed to Keystone XL. As a reminder, here are a few reasons we’re opposed:

Send your message to the PSC calling on them to reject any permit related to the approval of the Keystone XL pipeline.