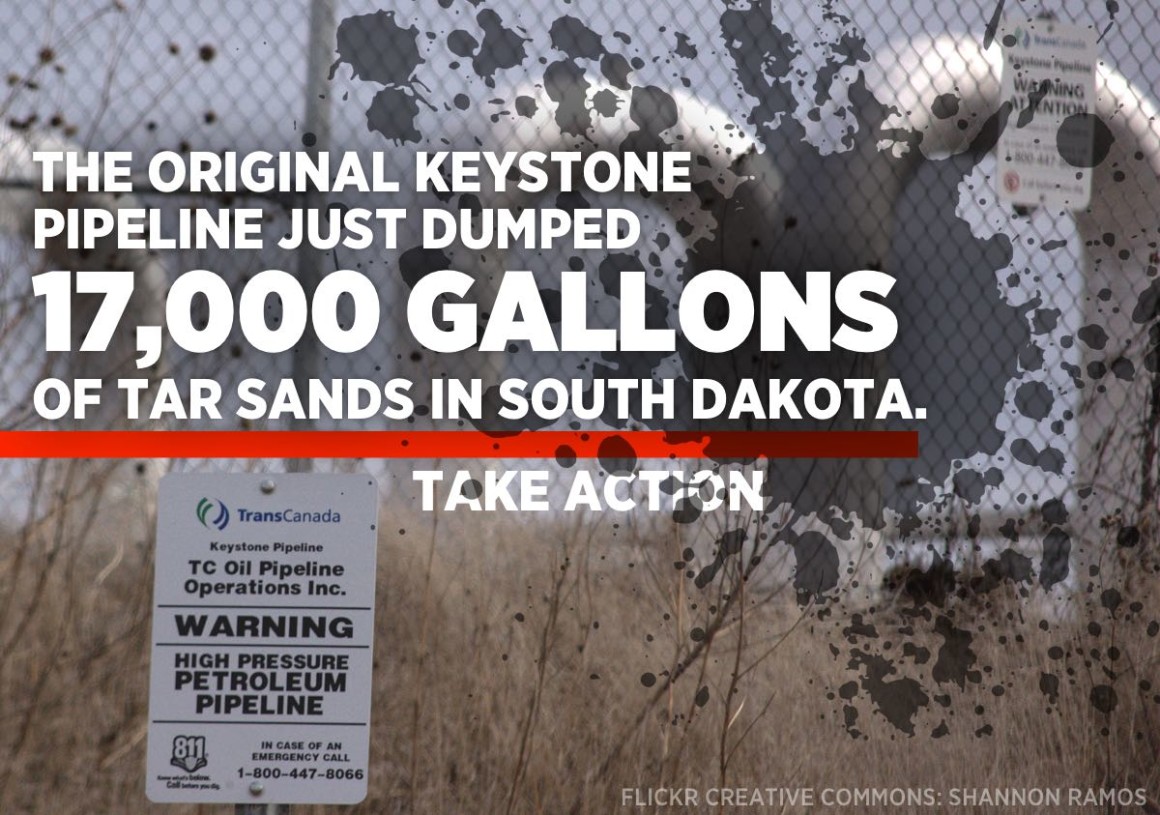 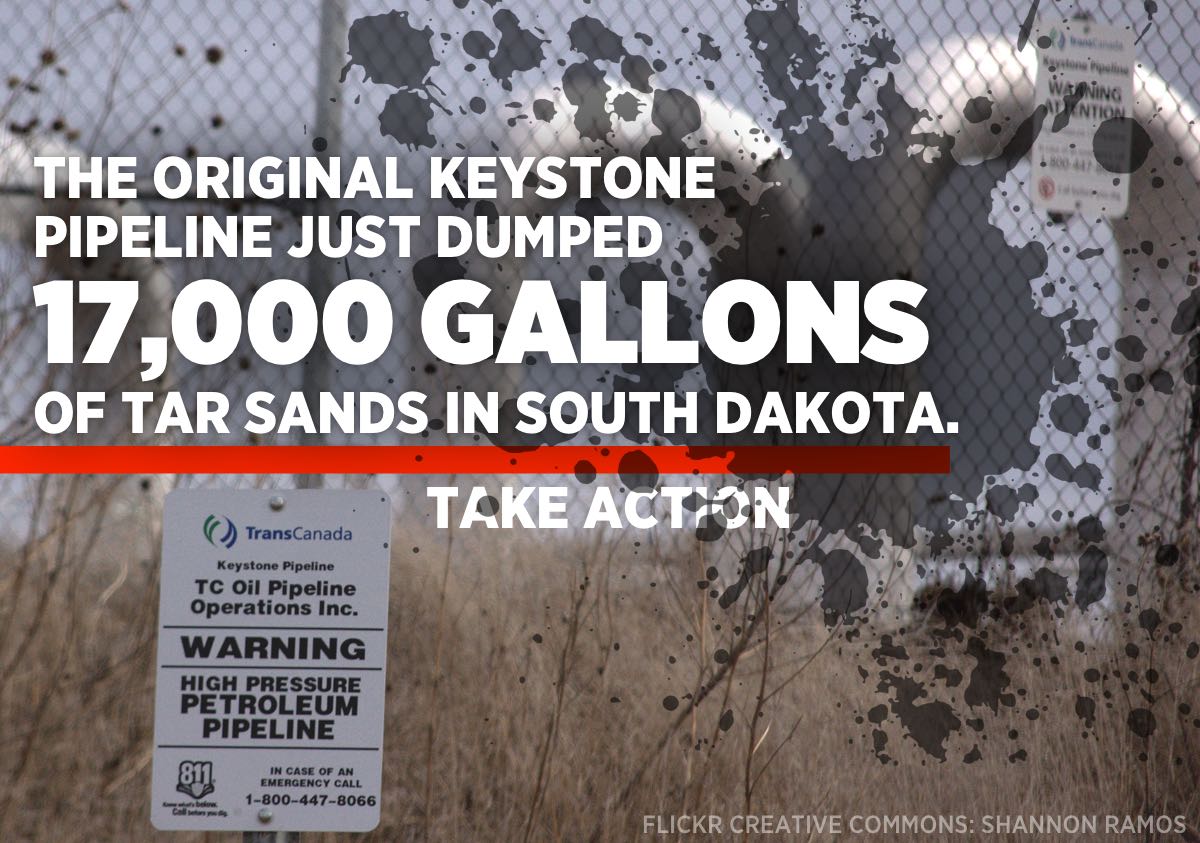 The Keystone pipeline just dumped 17,000 gallons of nasty tar-sands crude into the South Dakota soil, yet the Office of Pipeline Safety is letting the oil flow again before we even know why it leaked.

The Office of Pipeline Safety should use common sense: figure out why the leak happened, inspect the pipeline for similar flaws, and make better preparations for leaks. But instead, they’re letting TransCanada pump oil now, and find & fix the problems later.